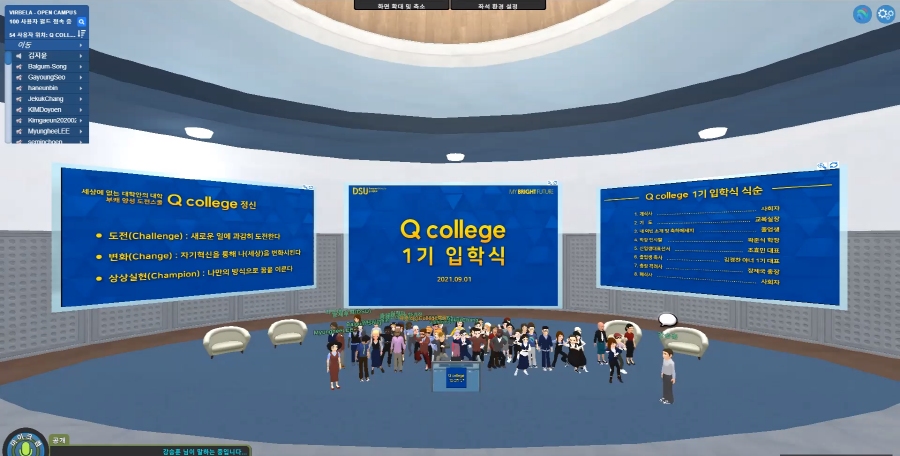 DSU’s Q-College was recently estab- lished to foster creative convergence talents to lead the 4th Industrial Revolution. The “Q” in its name derives from “questioning,” which in turn derives from “curiosity” and “creativity,” the provision of a “quality” convergence education, and the achievement of “qualifications” for future careers.

On August 31, Q-College hosted the ‘Idea Contest to Change the World’ at the Metaverse Conference Hall, where the 50 participating students presented their ideas using avatars. The students were divided into 10 teams, among which the Oreo team won first prize for their idea of a ‘Paper Soap Heat Bracelet’ using the characteristics of paper soap and temperature-sensitive ink. This idea received good reviews for solving the environmental waste problem caused by paper wrist bracelets worn after a temperature check for corona-19 and for using temperature-sensitive ink to detect fever. 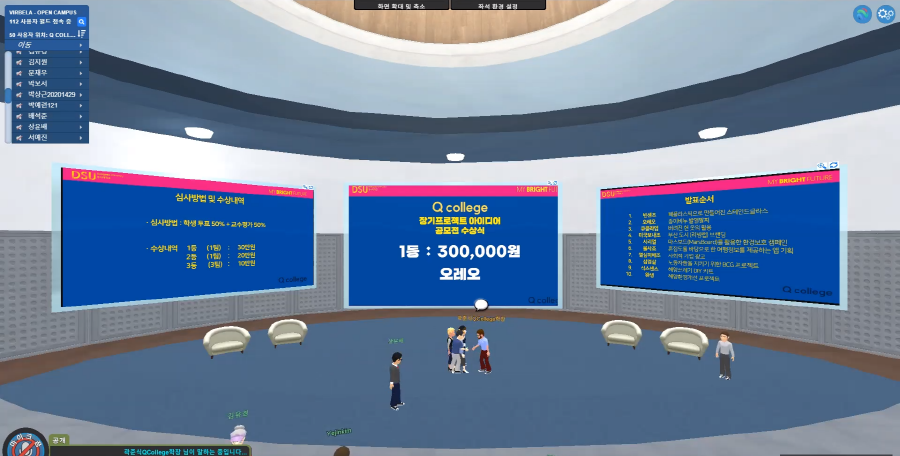 Earlier, on September 1, Q-College also hosted its first entrance ceremony at the Metaverse Campus, which was attended by 60 people, including President Jekuk Chang of Dongseo University, Dean Kwak Jun-sik, graduate representatives, and many others. The entrance ceremony showed the future of education in the new-normal era. Q-College plans to use the metaverse extensively for classes and extracurricular programs. 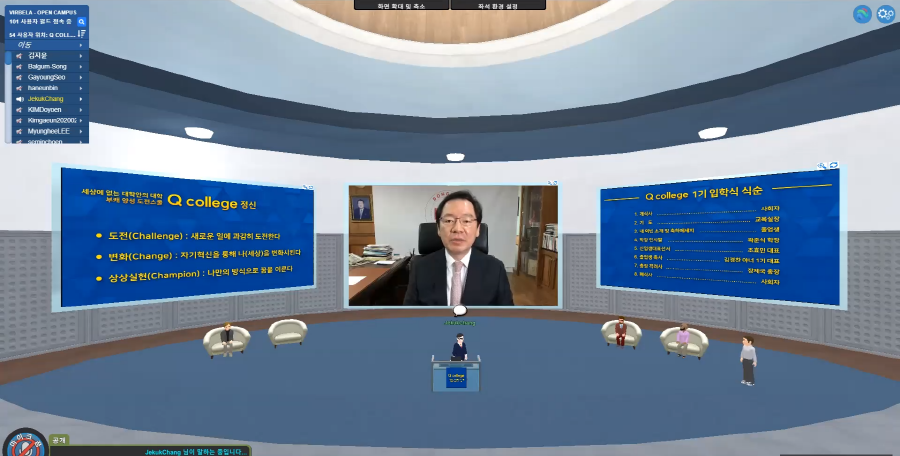 Dongseo University’s Q-College selects students from various majors and supports them to freely take on challenges and receive credits through studies in Busan, Asia, and the United States. It also teaches students to solve entrepreneurial, creative, and social problems.
목록