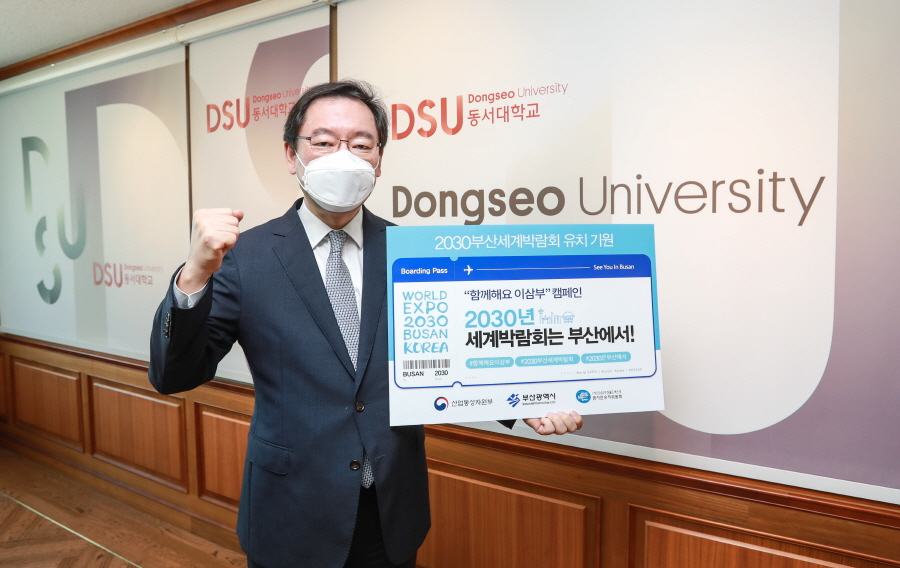 On August 20, 2021, DSU President Jekuk Chang participated in the nationwide campaign for the World
Expo 2030 Busan Korea, “Let’s be Together i Busan 2030 Campaign.”

The World Expo is an event that presents scientific and cultural achievements of hu- mankind and a new image of the future to the public. In order to draw national support from the public as well as international support for the Korean government’s official bid for the World Expo to be held in Busan in 2030, the campaign has been joined by many various companies, institutions, and celebrities since Busan first announced its formal intention to bid in June.

President Chang, whose participation in the campaign was spearheaded under the nomination of Chairperson Kim Hyun-gyeom of the Panstar Cruise Group, said, “I hope that through this campaign, the aspiration of all Busan citizens for a successful bid will come true.”

To further contribute to the campaign, President Chang in turn recommended Jong-pil Jeong, Secretary-General of the Busan Foundation for International Cooperation, and Kim Young-hwan, Director of the Busan National Science Museum, as additional participants.
목록